A Fiñata Full Of Death Bugs

A Fiñata Full Of Death Bugs is the first episode and season premiere of the third season of Henry Danger. It premiered on September 17, 2016 to an audience of 1.82 million viewers.

Ray is apprehensive about letting Jasper work at Junk-N-Stuff. Henry tries to assure Ray that it will be fine. Charlotte arrives and attempts to order scrambled eggs from the Auto Snacker but nothing comes out. Charlotte thinks she can reach in and grab it but she gets sucked into the machine instead. Then, Jasper arrives at the store. Henry goes upstairs to let Jasper in. Jasper is excited about his new job there and is wearing a tie. He takes Jasper into the elevator who was acting like he was in a zero gravity chamber and the elevator drops to the Man Cave. The elevator opens and Jasper is holding Henry's leg for dear life. Ray and Henry first tell Jasper that he cannot ever reveal their secret identities so they show him a video showing the possible consequences of revealing their identities. Jasper asks how they got the watermelon to talk. They then get an alert that there was an emergency at the Swellview Airport. Henry and Ray transform into Captain Man and Kid Danger. While they are leaving, Henry tells Jasper to go upstairs and work the counter.

Henry and Captain Man stop a crazed man who tries to sneak a fiñata (a fish-themed piñata) filled with a dangerous hybrid of bee called Zom-Bees from getting onto a plane. They take the fiñata back to the Man Cave as Schwoz fails at attempting to get Charlotte out of the Auto Snacker. Captain Man tells Henry to take the fiñata upstairs and to call Animal Control to pick up the fiñata and to make sure not to drop it. Upstairs, Jasper has just sold a water bed and helps the customer take it to her car. When he leaves, Henry arrives and sets down the fiñata. He then gets beeped by Ray. He tells him that they needed help pulling Charlotte out of the Auto Snacker. Henry leaves the fiñata in Junk N Stuff and goes downstairs into the Man Cave. Jasper comes back in and then, Piper arrives and asks for something she can give her friend for her birthday. Piper's friend who had arrived with her sees the fiñata and Jasper looks for a price tag while Piper thinks that Jasper wants to know it's gender. Impatient, Piper takes it to the party without paying. Henry is with Schwoz and Ray when he comes up with a great idea and orders a Charlotte from the Auto Snacker. Then, she comes flying out of the machine. Charlotte stands up and says she still didn't get her scrambled eggs and then the obliterated remains of the scrambled eggs shoot at her face. Then, Jasper calls the Man Cave from Junk N Stuff and says that there were two guys from Animal Control that needed to pick up the Zom-Bees. Henry and Ray tell him they were in the fiñata. Jasper tells them that he had already sold them to Piper.

Ray is angry with Jasper and Henry asks Jasper if he knew where Piper took the fiñata. Jasper tells Henry she took it to a birthday party. Henry knows that it was Gabby Birch's party and knew where it was. Henry and Ray go to the party, disguised as clowns named Schmutz and Burples. Before they can do anything Ray and Henry are stopped by Gabby's mother. Ray and Henry are trying to end the conversation. Henry tells the kids there not to hit the fiñata and instead, to whack Burples (Ray), who wouldn't be affected by this, being indestructible. All the kids at the party start charging at Ray. While they are distracted, Henry tries to get the fiñata off the tree, but couldn't. Then, two other clowns that were supposed to be the ones at the party show up. They see Henry and Ray there and Ray is about to fight them when Henry accidentally breaks the fiñata releasing The Zom-Bees. The Zom-Bees come out and start flying into the other clowns' ears as everyone closes their ears except Ray who tries to open the door briefly and then closes his ears again. The clowns run away as the Zom-Bees eat their brains thus killing them. Henry and Ray are about to leave, but they find out that they are supposed to stay for the next two hours. They end up stuck there, having to entertain them and make balloon art against their will. Ray makes an airplane while Henry puts an orange balloon behind a blue balloon and says "I made an x". They ask how long they need to stay and Gabby's mom tells them they have an hour and 55 minutes left. 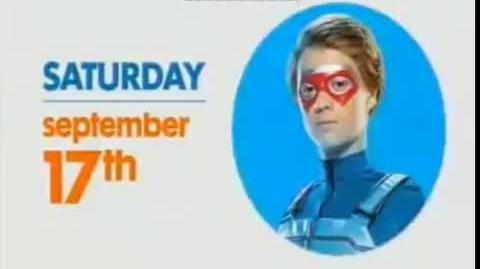 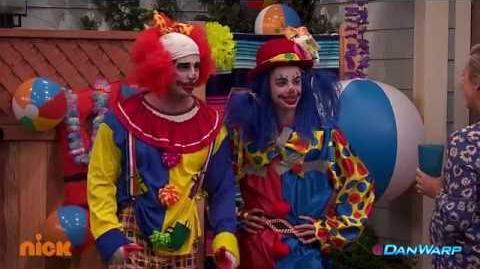 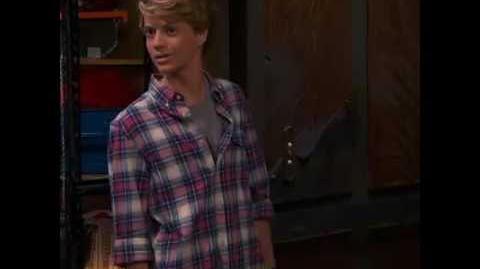