Birthday Girl Down is the ninth episode of the first season of Henry Danger. It premiered on November 8, 2014 to an audience of 1.67 million viewers.[1]

Henry, Charlotte, Jasper, and Flashback are studying Science. Henry asks them if they want to play miniature golf that Saturday night, but everyone becomes uncomfortable. He asks them where they were going, and Charlotte ends up telling him that they were all going to Debbie Putch's birthday, without him. This upsets him. After they get their sushi from Carlos, Flashback tells the sushi delivery guy why Henry wasn't invited to the party. He explains that last year, Henry arrived at the party with his sister, Piper, but she wanted to go to the Pear Store. They were testing out the ball shooter, which currently had a ball speed of 2, and Debbie was about to hit the ball, but the ball speed was changed to 11 and the girl got knocked off the roof. Everyone believed Henry was the one who did it, but this wasn't true. Jasper tells Henry to just admit that he did it, but he refused.

At the Man Cave, Ray gets a delivery. It was from Debbie and her parents, and the package had a pizza, $12,000, and an invitation to Debbie's party. Henry becomes angrier and tells Ray what happened. Ray believes that he did it, but then, he uses a sophisticated lie detector on Henry and the results prove that Henry didn't do it. They decide to disguise themselves as German filmmakers and go around to ask what they know; Charlotte says that she was once jealous that Debbie had won the spelling bee instead of her, Jasper says that Debbie used to make fun of his love for buckets, Piper says she didn't do it, Oliver says that one time, Debbie told their teacher that he and Sidney were eating bugs and got them detention, Sidney said Henry did it, and Nathan Kress says that he didn't know anything and asks for his manager since he didn't think Henry and Ray were really German. Ray then goes to Debbie's party and Henry shows up a little while later. He says that he knew who changed the ball speed from 2 to 11, and goes to get a meatball.

When he comes back, he starts showing everyone real pictures from the party the previous year. The first picture showed Piper being extremely upset about her phone's broken screen, the second one showed Piper throwing her phone, and the third and final one showed Henry standing next to the ball shooter with his sister's phone hitting the 11 button. Piper gets taken out of the party and the party continues. Debbie and her mom apologize to Henry for accusing him, and then, Sidney tells Mrs. Putch that there was a balloon stuck on the light. Henry volunteers to get it down. After he does, he jumps down. However, he lands on the trampoline, and Debbie was on the trampoline and when he lands, Debbie ends up bouncing off the roof. Henry quietly leaves the scene. 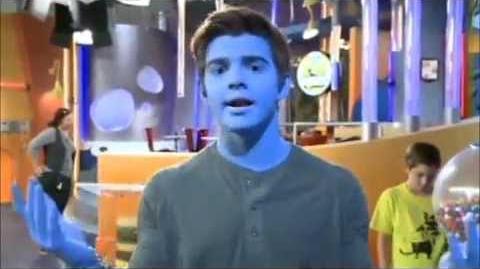 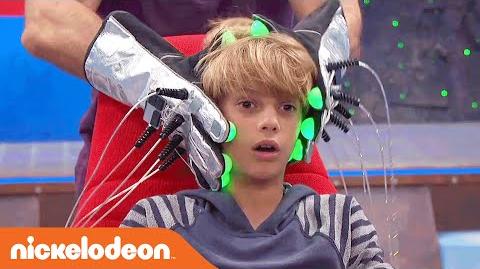