Budget Cuts is the eleventh episode of the fourth season of Henry Danger. It premiered on April 7, 2018 to an audience of 1.25 million viewers.

Ray announces to Henry, Schwoz, Charlotte, and Jasper that since their budget was cut, snacks from the Auto-Snacker would now cost money. Henry points out that Schwoz used a lot of their crime-fighting budget on himself. Charlotte brings up that Schwoz used $350 of the crime-fighting money for a gym membership that he never used. Ray tells Schwoz that he needed to get a second job, and Henry says that his dad was looking for a handyman. Ray tells Schwoz to get a disguise and become Jake's handyman. Later, Kid Danger and Captain Man go to save a girl who was stuck in a tree. Captain Man decides to charge the girl's parents for rescuing her, but when the parents refuse to pay, Captain Man and Kid Danger put the girl back in the tree. Meanwhile, Schwoz gives Jake new lights. Piper enters the house, enraged because the interpretive dancer she hired for her high tea party canceled. Schwoz finds out that Piper was gonna pay the dancer $100, so he becomes her interpretive dancer. In the Man Cave, there is no longer any air conditioning, because it cost money. As a result, everyone is extremely humid, and Charlotte has food poisoning because she ate expired meat from the Auto-Snacker. Kid Danger and Captain Man show up in the Man Cave with an alligator. They pulled the alligator out of a child's playground, and charged the children for saving them. Captain Man decides to take their budget back from Vice Mayor Willard, and they go to his office.

Captain Man and Kid Danger drive to the office in Schwoz's small car because it had better gas mileage. When they reach the office, they find that Cassie has Vice Mayor Willard tied upside-down hanging out the window. She threatens to cut the rope, and Captain Man pulls out a pulse grenade, telling her that she had better escape or it would blow up. Cassie jumps out the window and grabs onto Willard. The grenade continues to count down, however. Captain Man and Kid Danger tell Willard that the price for saving him would be their full budget, plus a 10% bonus and a nice boat. Willard agrees and they go to save him, but they only pull his pants up. Willard and Cassie fall, but Willard grabs onto a ledge. They see that the grenade was still counting down, as Captain Man forgot to turn it off. It explodes, but Captain Man and Kid Danger survive, and simply walk out. 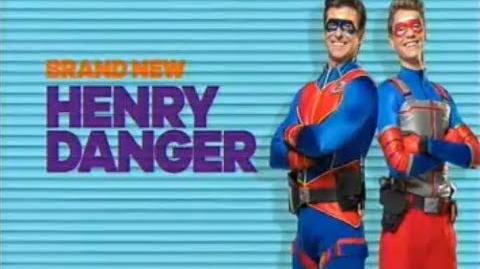