Captain Man-kini is the fifteenth episode of the fourth season of Henry Danger. It premiered on May 12, 2018 to an audience of 1.10 million viewers.

Jasper arrives in the Man Cave and sees two people. Not recognizing them, he throws a pineapple at one of them, but they turn out to be Charlotte and Schwoz in disguise. They explain that Captain Man and Kid Danger were about to bring Frankini and Goomer to the Man Cave and they couldn't let them know what they looked like. Charlotte and Schwoz go upstairs with Jasper as Captain Man and Kid Danger arrive in the Man Cave with Frankini and Goomer in sacks. Captain Man explains to them that he had gotten them out of jail because he needed Frankini's help to stop an internet personality named Go-Bro from pushing an elderly woman down a cliff for a video. In order to stop Go-Bro, Captain Man explains that he would have to swap bodies with Frankini. Frankini refuses, so Captain Man zaps him. Goomer protests, but Kid Danger distracts him using a baked potato bar.

Schwoz fires up the tubes and Frankini and Captain Man swap bodies. Upstairs in Junk-N-Stuff, Charlotte dresses Jasper as Thor. Piper bursts inside and tells them about her issues with prom, but Jasper and Charlotte tell her they would deal with her problem on another Saturday. Piper leaves. Captain Man, disguised as Frankini, video chats with Go-Bro and asks if he can tell him where Go-Bro is. Go-Bro refuses, but tells Frankini to go to the parking lot at Nacho Ball in 30 minutes, where he'd send people to pick up Frankini and bring him there. Captain Man goes to Nacho Ball disguised as Frankini, while Kid Danger, Schwoz, Goomer, and the real Frankini decide to follow him nearby on a helicopter. Charlotte and Jasper arrive in the Man Cave but can't find anyone, so they treat themselves to baked potatoes.

Captain Man arrives in an abandoned ski lodge as the others fly above in a helicopter. Go-Bro decides to have Frankini be locked in the cart and sent down the mountain with the elderly woman. Captain Man refuses, but they force him to do it anyway. Upon finding this out, Kid Danger tells Frankini (in Captain Man's body) that he would climb on his back and they'd jump down into the ski lodge to save Captain Man. Frankini reluctantly agrees, and they jump into the ski lodge. Kid Danger fights off Go-Bro and his friends, saving the elderly woman and Captain Man. Kid Danger then turns to the camera and says, "Don't forget to like and subscribe." 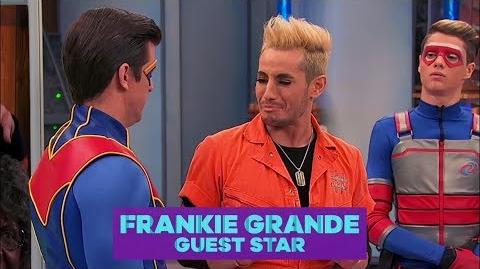 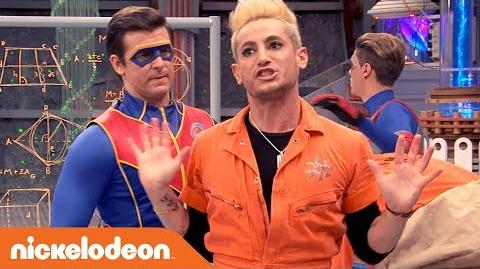