Danger Things is the twentieth episode of the fourth season of Henry Danger. It premiered on October 8, 2018 to an audience of 1.14 million viewers.

It is Halloween. Henry carves Ray's face into a pumpkin on his front porch. Kris and Jake exit the house and tell Henry that his uncle died and they would be staying the night at his haunted house in order to receive his inheritance. Henry would have to take care of Piper while they were gone. They leave and Piper screams from inside the house. Henry enters and sees Piper has cut her hair extremely short. She explains that she was trying to trim her hair, but kept messing up the lengths until her hair became short. Charlotte contacts Henry on a walkie-talkie and tells him there is a code red. Henry is about to bring Piper to Junk-N-Stuff but she refuses. Henry reasons that there are wigs at Junk-N-Stuff and she can put one on there. They go there, and Jasper helps Piper try on wigs. Henry goes down to the Man Cave and Charlotte shows them a news report about children mysteriously vanishing all across Swellview. Upstairs in Junk-N-Stuff, a monster appears, grabs Piper, and vanishes with her. Jasper sees this and runs for the Man Cave, but ends up slamming his face into a sign.

Charlotte draws up a map of where everyone vanished. Ray tries to find a pattern in the locations, but fails to find anything. Henry finds an X. Jasper goes downstairs and tells them what happened to Piper. Charlotte then finds that at the center of the X was a place called Evil Science Corp. Piper arrives in a weird place with the monster. It's filled with happy kids and candy and fun. The monster, named Kevin, reveals that he had been in there for a while and he had just wanted some company in there. Kevin says there is a portal she can go through if she wants to leave, but she decides to stay to hang out with a cute boy. Kid Danger and Captain Man arrive in Evil Science Corp. and meet the CEO, Bill Evil. He denies any knowledge of anything evil, but they then see chaos happening in the room next to them where there are scientists panicking over the portal and the monster.

They enter the room, and make Evil tell them what happened. Evil explains that they had accidentally opened a portal to another dimension and a monster from that dimension was kidnapping the kids. Meanwhile, the kids are having a lot of fun playing with the monster. Kid Danger and Captain Man mistake the children's cheers for screams of terror, and they go through the portal into the place where the kids are. Kid Danger brings all the kids back through the portal as Captain Man beats up Kevin. Captain Man and Kid Danger go through the portal and Captain Man sets up an explosive seismic charge. Piper explains that Kevin was nice and he just wanted some friends, but it is too late. The charge explodes, closing the portal. However, Oliver, who had also been taken by Kevin, had been in the bathroom. Kevin sees Oliver is still in his dimension and gives him a hug. 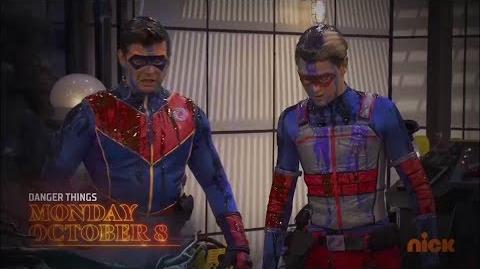 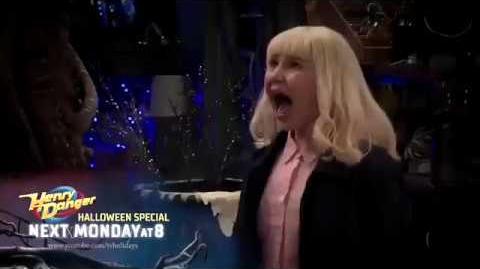 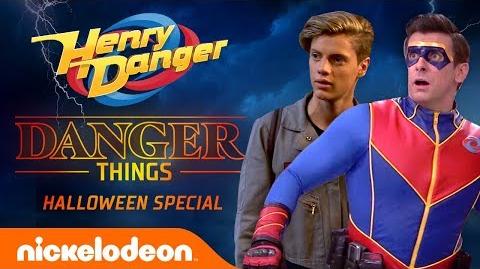 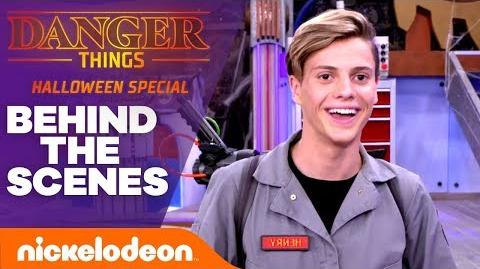