Dream Busters is the twentieth episode in the first season of Henry Danger. It premiered on March 21, 2015 to an audience of 1.38 million viewers.

Schwoz is anxiously working on a machine. Charlotte arrives with some onion dip and asks if Schwoz wants some. He refuses and says that something terrible happened. Then Captain Man and Kid Danger arrive in their tubes but Henry arrives totally unconscious. Ray carries him to a chair and explains that Dr. Minyak had broken out of prison and shot Henry with a dream beam. The dream beam puts Henry in a very deep sleep and during the sleep, he would have extremely strange dreams. It was almost impossible for Henry to wake up and now, Henry was dreaming that Jasper was wearing a wedding dress and was late for a wedding. A green lady arrives and begins dancing and then, Ms. Shapen arrives and tells Henry he is in big trouble because her cat hadn't went to the bathroom for a week. Ms. Shapen blames George Clooney and then, Ms. Shapen's eyes become mouths and they begin singing "Row, Row, Row Your Cat."

Ray changes Henry and himself into their normal clothes. Ray and Schwoz try to wake up Henry by giving his heart Extreme Coffee, which was coffee with 300 times more caffeine than regular coffee. It doesn't work, but it causes Henry to dream about himself running around the school with Oliver sitting in a pool. Charlotte is sad that Henry wouldn't wake up. She tries to wake Henry up by making him eat her onion dip, but it doesn't work. Schwoz then gets an idea: they couldn't wake Henry up outside, but they might be able to wake Henry up inside his dream. They decide to put Charlotte to sleep, and they explain that when Charlotte was in his dream, she couldn't tell Henry he was in a dream because it could cause Henry's brain to explode. Also, she had to cause Henry pain because that was what would cause Henry to come out of his dream state. They would give Charlotte Henry's Whiz-Watch so that they could talk to each other. When Charlotte enters Henry's dream, she finds Henry. They hug, then Henry tells Charlotte that his parents now looked like Kanye West and Kim Kardashian, Piper had a beard and was playing a lute, and Jasper's head was floating in mid-air and Henry had to help him get his head back on his body. Charlotte leaves the house and tells Ray that it was very weird.

Ray tells Charlotte she had to cause Henry pain. Charlotte doesn't want to hurt Henry herself, so she takes a banana peel and puts it at the foot of the stairs. She calls Henry and he slips and tumbles down the stairs. However, he doesn't come back from his dream state. Ray and Schwoz bring Charlotte out of Henry's dream and they continue trying to find ways to get Henry out of his dream state. Charlotte finds that Henry could be out of his dream state if he was underwater for 30-45 minutes, but one of the side effects was death. Schwoz finds out that they could get Henry out of his dream state by frightening him. Schwoz gets a "bloob" he invented. He tells Charlotte that they would bring her back to Henry's dream and when she was in there, she had to put the bloob in the refrigerator, wait 10 seconds, and make Henry open it. Also, when he opened it, Charlotte needed to look away. When Charlotte is back in Henry's dream, she puts the bloob in the fridge and she then asks Henry if he could get her juice. Henry opens the fridge and the bloob becomes a terrifying monster and this causes Henry to come out of his dream state. However, Schwoz tells Henry and Ray that he couldn't get Charlotte out of the dream because one of his tools broke and in order to get another one, he had to drive two hours. Ray tells Charlotte to wait and Charlotte ends up having to play Mahjong with Kim, Kanye, Piper, Green Girl and Jasper's floating head. 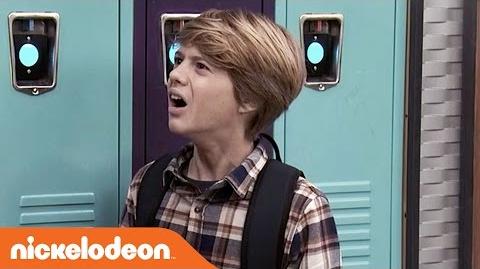