Flabber Gassed is the twenty-second episode and season finale of the fourth season of Henry Danger. It premiered on October 20, 2018 to an audience of 0.94 million viewers.

In the Man Cave, Charlotte beats Henry at a fighting video game with motion capture suits, as Jasper and Ray watch. Schwoz arrives from the shower, drying himself off with a rabbit. Charlotte asks why and he says that his towels went missing. They realize that others had also gotten their towels stolen. Ray says he doesn't care about stopping a towel thief and starts to play against Charlotte. Charlotte is about to beat him when an emergency alert arrives. There was a person going to an old laundromat with a bunch of towels. Not wanting to finish the game with Charlotte, Ray volunteers to stop the towel thief. He and Henry transform into Captain Man and Kid Danger, but Schwoz suggests that they wear special suits he made to help punch and kick harder. Captain Man and Kid Danger laugh and refuse, saying they don't need any suits because they have superpowers. Charlotte tells them they're getting cocky, but they dismiss this and go out to stop the towel thief.

Captain Man and Kid Danger go to the laundromat, ready to beat the towel thief. Kid Danger begins to wonder if they were getting too cocky, but Captain Man doesn't believe this. Kid Danger gets a call from Piper, who asks if he has any towels. She only has Jake's towel, which she hides under the couch so that he doesn't use it. He says he doesn't have any, but upon seeing the stolen towels in the laundromat, tells her he'd get her a bunch of towels in fifteen minutes. They go inside and see the towel thief. The thief throws them both out the window and sprays them with flabber gas, making their muscles flabby. They fall to the ground, immobilized. The thief says his name is Barge and throws Captain Man and Kid Danger into the sewer.

Schwoz brings Captain Man and Kid Danger to the Man Cave after they had been thrown into the sewer. They still can't move their muscles. Charlotte lectures them about how their cockiness is what made them lose. Schwoz gets an idea. Meanwhile, Jake tries to dry himself off with a bush, having not been able to find his towel. A bunch of wet people are waiting in the kitchen, as Piper had said she was gonna sell them towels. Jake finds the towel Piper hid and everyone begins to bid for the towel. Schwoz synchronizes the motion capture suits from the video game to the special strength suits he made for them. He puts the strength suits on Kid Danger and Captain Man and the motion capture suits on Charlotte and Jasper. Charlotte could control Kid Danger's actions and Jasper could control Captain Man's actions.

Captain Man and Kid Danger go to the laundromat with Charlotte and Jasper controlling their actions. They find Barge and Kid Danger starts fighting him under Charlotte's control, as Jasper keeps messing up while controlling Captain Man. Barge eventually overpowers Kid Danger and Jasper, controlling Captain Man, is able to pick up the can of flabber gas and spray Barge, immobilizing him. As a woman offers Piper $10,000 for the towel, Henry, Charlotte, and Jasper arrive back at the Hart house with a bunch of recovered towels. The crowd of people grab the towels, and Piper fails to sell her towel. 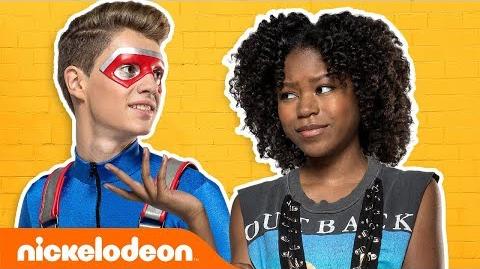 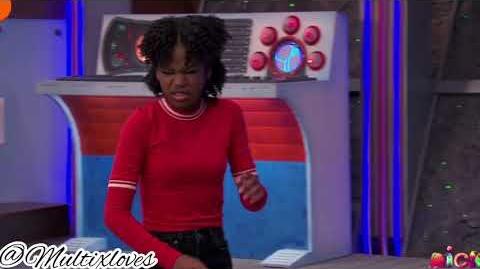