Henry’s Frittle Problem is the seventeenth episode of the fourth season of Henry Danger. It premiered on September 22, 2018 to an audience of 1.02 million viewers.

Henry and Charlotte are doing homework on the couch. Kris asks Charlotte to help hang up a “We’re Sorry” poster for Jake. Kris and Piper explain to Charlotte that Jake was interviewing for a new job and before he gets home, they always throw a “We’re Sorry” party for when he doesn’t get the job. Just then, Jake gets home and announces that he had just gotten a job as the project manager for the Frittle Factory, which made chips. This confuses the family, since Captain Man and Kid Danger had blown up the Frittle Factory the previous year. However, Jake explains that the new Frittle Factory was in Bordertown, and in order to avoid commuting to work for two hours every day, he was moving the family to Bordertown. Kris, Piper, and Henry are very unhappy with the news.

At Junk-N-Stuff, Jasper is upset that Henry is moving to Bordertown. They go down to the Man Cave, where Ray arrives and demonstrates exploding mints, a new invention made by Schwoz. Henry and Charlotte tell Ray that Henry is moving to Bordertown. Ray gets upset, saying that he can’t move to Bordertown because of his job as Kid Danger, and if Kid Danger showed up too late, he wouldn’t be able to help. Henry tells Ray that Jake is gonna go to the Frittle Factory the next day to sign some contracts. Ray then gets an idea. He demonstrates another invention made by Schwoz: buzz darts, which get fired with a pair of glasses. Ray puts on the glasses, and shoots Jasper with a buzz dart. When Jasper gets shot, he begins to flail his body around uncontrollably. Ray says that he and Henry would go to the Frittle Factory disguised as workers, where they would shoot Jake with a buzz dart. Once Jake gets hit with the dart, he’ll lose control of his body and scare Mr. Frittleman out of giving him the job.

Ray and Henry are in the Frittle factory, disguised as workers. They go to a corner, where Jake arrives in the factory. He shows Mr. Frittleman his metal tie. Ray shoots a buzz dart, but misses Jake and hits a worker. He then shoots another, but right then, Piper arrives in front of Jake and the dart hits Piper. Piper tries to get Jake to not take the job, but she then begins to flail around uncontrollably. Mr. Frittleman, confused, gets workers to escort her out. Henry gets a buzz dart and shoots it at Jake. But the dart ricochets off of Jake’s metal tie and hits Mr. Frittleman in the nose. This cause Mr. Frittleman to fall back against a shelf, which leads to a chain reaction that damages the corn compressors. Everyone escapes the factory, just before it explodes. At dinner, Henry, Piper, and Kris begin to laugh at what happened to Jake. 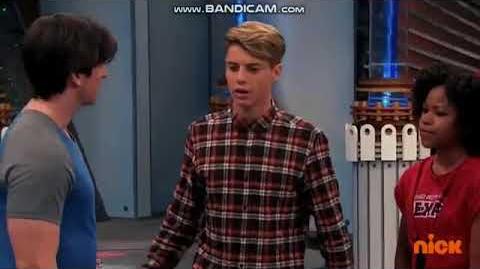 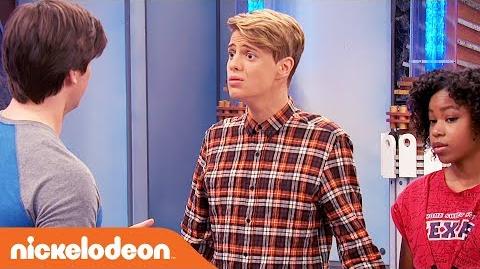