Henry's Jelly is the eighth episode of the second season of Henry Danger. It premiered on November 21, 2015 to an audience of 1.52 million viewers.

Everyone at Swellview Junior High is watching a live motorcycle chase on the news between a bad guy and police. The police had been chasing him for over an hour. Oliver wants the thief to stop, but Sidney does not. Ms. Shapen then makes Jasper take an American flag and put it outside the school. Jasper is about to do this. They then see that the criminal on the motorcycle was about to drive toward Swellview Junior High. Oliver then runs to the girl's bathroom. Henry goes to transform to Kid Danger. Jasper comes back with the flag and then, the motorcycle guy rides into the school and toward Jasper. Jasper quickly shields himself with the American flag, which causes the motorcycle guy to run into the pole and fall down, ending the chase. Henry returns as Kid Danger, but when he sees the guy already unconscious, he leaves. Stephanie tells Henry to take a picture of her and Jasper.

Sidney tells everybody that Jasper is on the news. Oliver arrives and does the same but Sidney already said it. Oliver runs away. Jasper is being praised for ending the chase and causing the criminal's arrest. He is interviewed on the news and is called Swellview's newest hero. Henry becomes jealous of Jasper's success. Stephanie then comes and asks Henry if he could ask Jasper if he could come to a party she and her friends were having. A girl comes up to Charlotte and asks for Jasper's phone number, but Henry runs up to her and stops her from getting the number. At the Man Cave, Henry is still angry that Jasper got on the news for basically doing nothing. He says that he is always doing things for the city, but he is only credited as Kid Danger and not Henry Hart. He had been a sidekick for over a year and no one had known that Henry Hart did anything. Ray loses in a fight to Bork and goes to the shower. Charlotte watches the news and she discovers that April 9th was now Jasper Dunlop Day. Henry becomes even more angry and jealous of Jasper. He wanted more people to pay attention to him instead of Jasper. Charlotte goes upstairs to avoid talking to Henry. Henry then sees that there was an emergency alert at a pet store called Pet Me. Ray was in the shower and couldn't hear the alert. Henry looks at his gumball tube, but puts it away and goes up the tube, not dressed as Kid Danger, planning to stop the crime as Henry Hart instead of Kid Danger.

At Pet Me, an insane man named Dirk had forced all the customers into pet cages. He had bought a goldfish from the store but the fish had died in four days. Dirk wanted his $4.17 back, but the employee refused to give him the money. Henry arrives in the background. Captain Man arrives and scolds Henry for being out of uniform. Dirk grabs Henry and tells Captain Man that if he didn't get into the animal cage, he would drop an extremely poisonous spider called a Mexican Redrump on Henry's face. Captain Man is contemplating what to do. At the Hart house, Kris and Jake are getting massages. Jasper arrives and shows Kris and Jake the news. He shows them the story about how Dirk had hostages trapped in the store and they see that Henry and Captain Man were locked in there. Jasper runs to Pet Me. Kris and Jake want to come but they are forced to have two hour massages. At Pet Me, Dirk threatens to punch the employee and chases him. Jasper arrives and unlocks the cage, releasing Captain Man. Jasper hides and Dirk then arrives but Captain Man punches him in the face. Captain Man unlocks all the cages and lets the hostages out. Jasper then sees the Mexican Redrump and wants to buy it, but it was $150. He then says that Henry didn't need to thank him because they were best friends and he was sure Henry would do the same for him. Henry begins to feel bad so he buys Jasper the Mexican Redrump. At school, Henry apologizes for being jealous. Henry shows him the spider and leaves. Jasper holds the spider in his hand, and the spider bites him, causing him to pass out and when he falls, the spider escapes. Ms. Shapen then arrives and does not help Jasper. 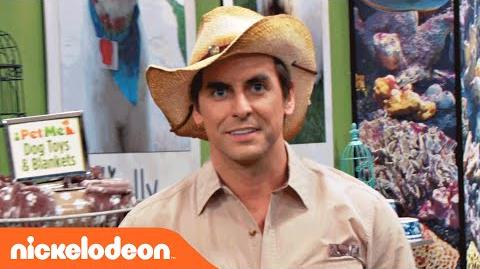 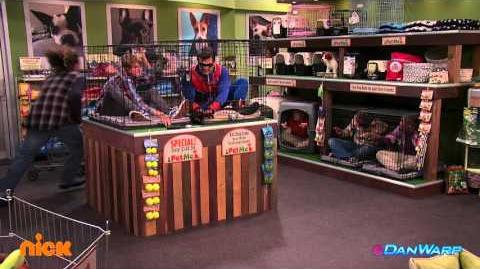 Henry Danger Trouble at Pet Me!
Community content is available under CC-BY-SA unless otherwise noted.
Advertisement