Henry the Man-Beast is the eleventh episode of the first season of Henry Danger and the last one to air in 2014. It premiered on November 22, 2014 to an audience of 2.03 million viewers.[1]

Jasper shows up at school wearing an ugly glow-in-the-dark outfit. He shows it to Charlotte, but she leaves. He had the outfit because Henry and Jasper would be going glow-in-the-dark bowling that night. Then, Sidney finds Henry and asks if he could ask out Chloe, who was Henry’s old girlfriend who he didn’t have time to talk to since he got his job. Henry tells Sidney he can, but later, Henry asks out Chloe. They decide to go to Sotto Voce that night, but Henry was supposed to be bowling that night.

Later, Henry and Charlotte are taking inventory with the objects in the storage room. At one point, Henry leans on a machine and ends up getting zapped by it. Charlotte goes upstairs because Gooch needed her. Henry gets off work early to get ready for his date and after he leaves, Schwoz sees the machine Henry got zapped by. Ray explains to Schwoz that his father had invented the machine to make him more manly and they tested it on Ray’s cousin, Elliott. But a week after it was tested, he became a man-beast. Henry ends up becoming extremely strong, mean, and hairy. Later, Charlotte arrives and overhears Ray and Schwoz say that the machine was dangerous. After she finds out what the machine did, she tells them that Henry got zapped by the machine. Ray and Charlotte go to Sotto Voce to stop the effects from becoming permanent. By now, Henry was becoming even more rude, loud, and was growing a beard. As he's rude with a guy named Mark, makes Chloe smell his steak, rudely eats his steak raw and on the table, and bangs on the table.

Later, Jasper finds out that Henry had missed bowling for his date, Piper suggests to Jasper that he should be a man, go to Sotto Voce, and shove his face down into his food. Jasper agrees with Piper and goes to Sotto Voce. Meanwhile, Chloe orders a lasagna and Henry orders a raw steak and eats it with his hands. Jasper shows up and tries to push his head down, but Henry is too strong. Jasper instead grabs some food and throws it at him. Henry takes his steak and slaps him with it. Jasper runs away and Charlotte and Ray show up. Ray transforms into Captain Man and starts a fire so that everyone would leave the restaurant. As Henry is leaving, Captain Man tries to stun Henry, but Henry doesn’t get stunned. He ends up having to shoot him multiple times and he ends up getting stunned. They put Henry in a machine that was supposed to reverse the effects. But instead, it turns him into a girl. Schwoz makes adjustments and turns him back to the way he was. He has Chloe come that night, and apologizes for ruining dinner. To make it up, he makes them dinner, but then, Jasper arrives with a raw steak and slaps Henry with it. 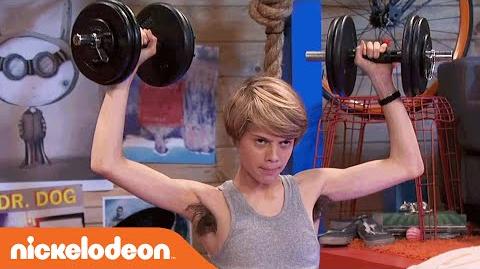 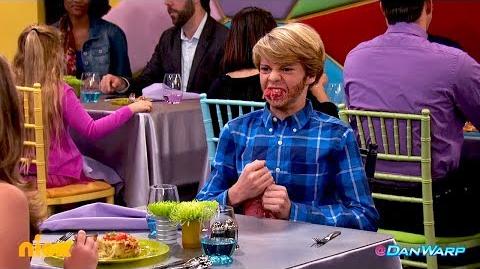 A Date with a Man Beast! Henry the Man-Beast “Henry Danger” Dan Schneider