JAM Session is the thirteenth episode of the third season of Henry Danger. It premiered on April 8, 2017 to an audience of 1.65 million viewers.

Jake and Kris are hiding all of the dangerous objects from Piper. Jasper and Henry show up at home and ask what they are doing. They explain that they were hiding the objects because Piper was supposed to go on a ski trip with her friends, but her friends had left without her. They were hiding the objects that could be used as weapons in order to stop Piper from killing someone. Piper shows up in the living room. Jake walks out of the house and waits on the porch. Henry and Kris try to get each other to tell her what happened. Piper then gets a video message from her friend and she tells Piper that they had left for the ski trip without her because they didn't like the way she acted when she was angry and therefore, didn't want her around. Instead of getting angry, Piper is deeply saddened and begins crying. Henry sits down with her and tells her that a person in his class, Mitch Bilsky, was attending the Junior Anger Management class (or JAM). It helped kids and teens manage their anger. Piper agrees to go to the sessions.

Henry and Piper arrive at the JAM session and when a girl named Naomi begins to get angry, the teacher tells her to squeeze her bulb. When she squeezes it, a collar she is wearing begins to emit a special mist and she calms down. The teacher explains that when a human breathed in this mist, they would be given a feeling of calmness and serenity. Later, Henry goes to the Man Cave and sees Jasper and Charlotte scooping pumpkin guts out of pumpkins and two girls pulling Ray's arms. Ray says that he is on the Pumpkin Eating Plan, where he would only eat pumpkins. Henry mentions that Piper was at a JAM session to control her anger, and Ray says that it wouldn't help her. Jasper agrees. However, Charlotte says that the JAM session would help her. Ray makes a bet that if he could go over to dinner that one night, he would be able to get Piper to lose her temper. Jasper goes on Ray's team and Charlotte is on Henry's. The agreement is that whichever team loses has to eat an entire bucket of pumpkin guts.

At dinner, Ray shows up at Henry's house and joins them for dinner. During dinner, the doorbell rings. A man is at the door with a pony. Piper loved ponies and the man says that Piper could have the pony. However, the man asks for her age and Piper says she is eleven. The man says that she had to be thirteen to have a pony and takes the pony away from her. Piper begins to become angry, but Henry quickly squeezes her bulb. She breathes in the mist and calms down. In the Man Cave, Schwoz sees a note that Ray had left for him. Ray wanted Schwoz to go out and buy more pumpkins. However, a tornado had hit Swellview. Schwoz leaves to go to the grocery store, but is immediately blown into the air. Ray goes out on the front porch and transforms into Captain Man. He walks back into the house and tells Piper that she couldn't be the leader of the Man Fans anymore because she was 4'10". Then, Schwoz is blown into the house and falls on Piper. He then begins to eat their dinner. Piper is furious over what happened and she loses her temper. Henry and Charlotte then have to eat the pumpkin guts. 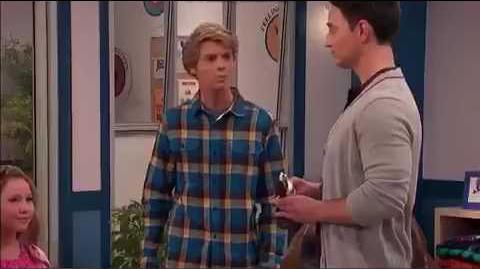 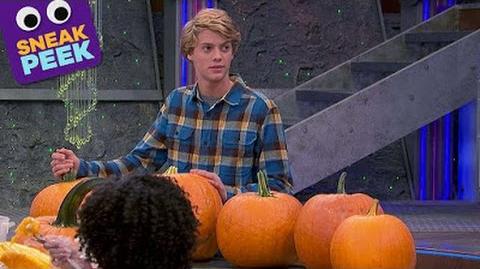 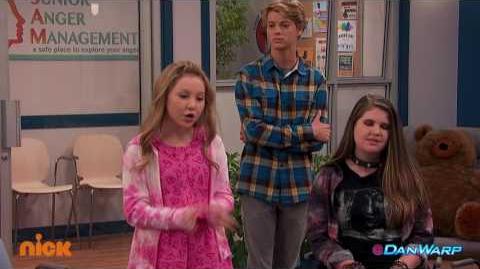