Knight & Danger is the tenth episode of the fifth season of Henry Danger. It premiered on February 2, 2019 to an audience of 1.32 million viewers.

In Junk N' Stuff, Ray is telling Henry, Charlotte and Jasper a story about him boxing a kangaroo. Then a lot of screaming is heard from outside and Charlotte asks what's happening outside and Ray says that people are screaming and he proceeds his story. Henry says that the screams are getting louder. Then Ray continues the story in a louder voice. A guy appears at the window and his arm was on fire. Ray tells them they'll call the fire department after his story. Then Ryker barges in and asks them where is Astoria and Ray replies by telling him that he is telling a story. there. Ryker gets angry and he starts trashing the store but Ray doesn't care. Ryker finds a sword and asks them where is the nearest castle. Jasper tells him that there is a "Burger Castle" a mile away and Ryker says that his loyalty will be rewarded when he becomes king. Ryker leaves and Ray continues with the story then Schwoz comes and interrupts him which makes him really angry. Schwoz said he came because Bill Evil was calling and Jasper asks who is Bill Evil. Henry tells him that Bill Evil was the one who opened the dimensional portals during Halloween. Then Ray and Henry go down to the Man Cave to talk to Bill Evil and Charlotte takes a fire extinguisher and extinguishes the fire on the guys hand.

Ray and Henry are in the Man Cave as Captain Man and Kid Danger. Bill Evil tells them that he opened a portal and a guy in a knight armor with a face tattoo jumped out and punched him in the eye. Ray and Henry tells him that he should never open another portal ever again and they cancel the call. Then Ray and Henry go to Burger Castle to stop Ryker.

In Junk N' Stuff, Charlotte and Jasper are cleaning up and Schwoz comes and tells them that they need to take the dimensional transporter from Bill Evil and show them task bunny outfits to wear while they get the dimensional transporter. Then the man who was on fire he comes as his arm is again on fire. At Burger Castle, Ryker comes and starts acting all king. Then Ray and Henry comes and starts fighting him, while being cheered by Piper, her dad and bunch of other people. At Evil Science Corp, Schwoz, Charlotte and Jasper comes up and takes away the transporter. Even though Bill doesn't want to give it to them. At burger castle, Henry and Ray are still fighting Ryker and Ryker tells them that he just wants his kingdom back. Ray and Henry feel pity for him and they decide to help him. In the Man Cave, Schwoz is checking different dimensions. Charlotte asks him if he found anything yet. Schwoz says he could only hear rumors about Henry and Charlotte dating. Then Charlotte tells him that they are not dating and Schwoz winks at her. Then Jasper comes telling Charlotte that some woman is paying them two hundred dollars to paint her dogs nails, then Charlotte and Jasper leave. Ray, Henry and Ryker comes through the tubes. Ryker calls Schwoz a troll and Schwoz tells him that he is not a troll. Henry and Ray goes to the weapon room with Ryker and Schwoz gets a signal from Astoria.

He opens the portal and Arc and Ciara comes and starts wondering where the are. They see Schwoz, thinks that he is a troll and they take out their swords to attack him. Arc tells that he have heard that "if you tickle a troll they puke gold", then they start tickling Schwoz. Henry and Ray comes with Ryker (who is covered in weapons), then Ryker tells Henry and Ray that Arc and Ciara were the one who stole his kingdom from him. Then Arc and Ciara tell Henry and Ray that Ryker is the bad guy. Henry and Ray tries to take the weapons away from Ryker but Ryker ends up beating and throwing Ray and he insults his story. Henry, Arc and Ciara hide behind the sofa and watch them fight until Henry realizes that Ray is gonna pass out so he makes a plan with Arc and Ciara. Henry, Arc and Ciara start fighting Ryker. While fighting home, Charlotte and Jasper comes by the elevator. Henry asks them to get out of the elevator and he shoves Ryker into the elevator and closes it. He asks Arc if he managed to activate the bombs and he said yes. Then there is a huge explosion from the elevator. They open the elavator and look at Ryker. Then Ray staggers and goes to Arc and calls him Henry and he falls down and Arc asks "who's Henry". Schwoz is trying to open the portal to Astoria while Ray is telling Arc, Ciara, Henry, Charlotte, Jasper and Ryker (who is now bandaged and sitting on the couch painfully) the rest of his story. Schwoz opened the portal to Astoria and Arc and Ciara leave by telling the gang they can do whatever they want with Ryker. Ray continues his story then Henry asks who wants to go to Junk N' Stuff and do anything else. Everybody but Ray and Ryker raise their hands and they walk to the elevator. Ray asks them who is going to hear his story and Henry tells him to tell it to Ryker and the elevator closes. Then Ray tells Ryker the story and Ryker starts crying. 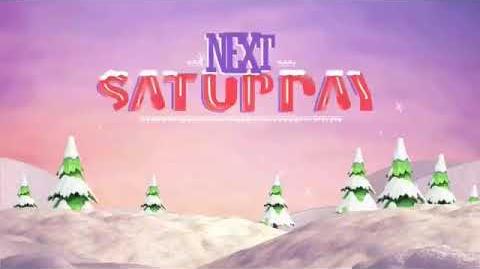 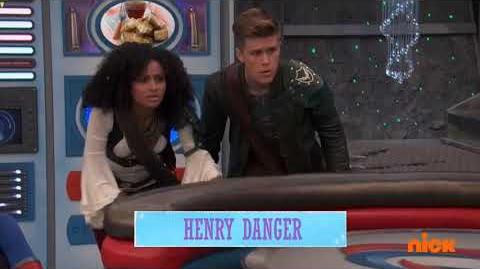 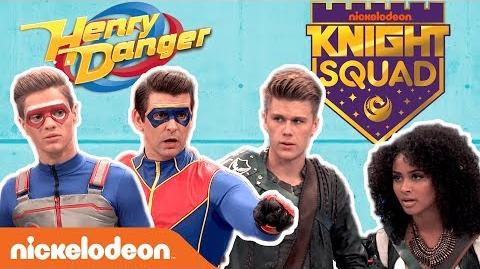 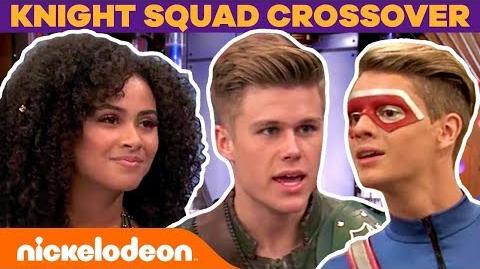