Part 2: A New Darkness is the seventh episode of the fifth season of Henry Danger. It premiered on January 12, 2019 to an audience of 1.11 million viewers.

Captain Man and Kid Danger arrive at the Man Cave. Kid Danger explains to Jasper, Charlotte, and Schwoz that Rick Twitler had trapped him and stolen his superpower. He also remembers that a bee flew into the machine that stole his powers. Upon hearing this, Schwoz realizes that the bee may have Kid Danger's power now and if they can find the bee at the honey factory, they can transfer the powers back into Kid Danger. They get a video recording from Twitler, and he tells them that he had just sent thugs to Henry's house.

The video message ends. Jasper and Charlotte go to the honey factory to get the bee while Kid Danger and Captain Man rush to Henry's house. Henry's family is about to get their picture taken with their 10,001-piece puzzle when Henry and Ray barge in. Henry tells them that his boss had booked a trip for them to Hotel Staines and they go upstairs to pack. Just then, the thugs arrive at the house. Ray fights one of them, and Henry zaps the other. Meanwhile, in the honey factory, Jasper and Charlotte see a glowing bee flying around. Jasper takes a jar and tries to catch the bee by throwing the jar at it, breaking the jar. However, the bee ends up flying into Jasper's mouth. Charlotte forces Jasper's mouth shut, making him keep it there so they can bring it to the Man Cave safely.

Henry and Ray fight off the remaining goons, destroying the puzzle in the process. Henry gets a call from Charlotte saying they had got the bee. Henry and Ray arrive at the Man Cave where Henry enters a large box. Schwoz explains that they would let the bee loose in the box, where it would sting Henry, and when it did, Schwoz would activate the machine to give the bee's power to Henry. They do this, and when Henry gets out, he has his super fast reflexes again. Just then, Twitler video-calls them and tells them that the goons he sent were a distraction so that Twitler could have time to create a virus that would destroy the internet and all of its computer networks. He activates the virus and the power all over Swellview goes out. 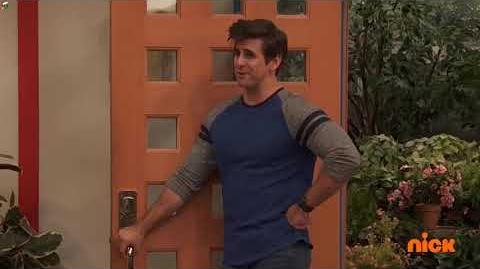 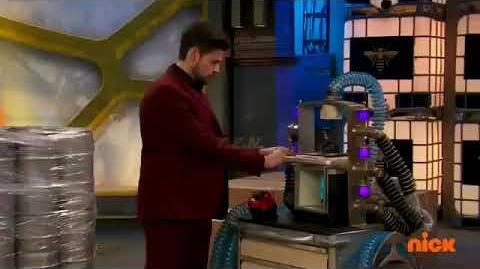 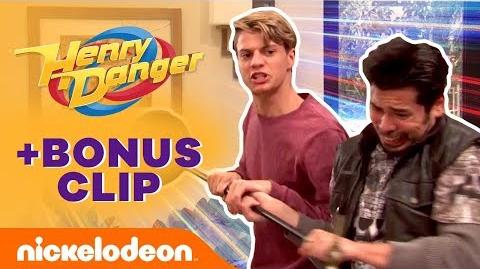 Can Henry Danger Save His Family WITHOUT HIS POWERS⁉️ Nick
Community content is available under CC-BY-SA unless otherwise noted.
Advertisement