Piper Hart is the younger sister of Henry Hart and President of the Man Fans on Henry Danger.

She is portrayed by Ella Anderson as a child, and Debbie Macleod as an adult in the future.

Piper Hart has brown hair (blonde starting in Season 4) and blue eyes. She is sometimes seen wearing clips or bows in her hair but beginning in Season 2, this was less common, she cut her hair to a bobcut by Season 5. Her style can be described as trendy and feminine.

Piper can often be seen as spoiled, bratty, or temperamental, but she also knows exactly what she wants. She has a quick temper and often throws tantrums when she doesn't get her way. She is obsessed with social media and she likes followers, popularity, and having fast Wi-Fi.

She seems to have no problem with breaking the rules, as she has had a fake ID and an invalid driver’s license. Her parents always seem to think that she has reason to end up in jail. In season 3, she becomes somewhat more mature and acts less bratty than before.

She is shown to be a dynamic character whose anger sometimes gets the best of her. As seen in JAM Session, she is aware of her anger issues and wants to do something about it.

She and the other Man Fans claims to be experts on information about Captain Man and Kid Danger.

Relationships With Other Characters

Henry is Piper's older brother. Piper sometimes can be judgmental towards Henry, like how she walks into his room without knocking and yells his name or takes his belongings without his permission. Beyond that, she is one of the people who didn't know his Kid Danger identity until the episode Sister Twister, Part 1. Sometimes they are in good terms but eventually they start to get along when she becomes a part of her brother's double life. She tried to convince Henry once to join in one of his superhero missions during Captain Mom while Ray was pregnant.

Piper and Jasper are rivals. She hates Jasper and doesn't want him in her house, even though Jasper doesn't mind her. On occasion, the two have cooperated with each other. In Season 3, they don't fight that much anymore, most likely since Jasper now works at Junk N' Stuff and they spend less time together. They were able to work together well while playing dodge-a-leen in Dodging Danger.

Charlotte and Piper are fairly close and have gotten moreso over the years, especially in season 5. Charlotte designed a dress for Piper to wear in The Great Cactus Con and they referenced a 'girl code' agreement they seem to have with each other in Grand Theft Otto.

Henry's boss also known as Captain Man. But when she discovers who Ray & Henry are as superheroes, Ray tries to wipe her memory until she wiped his by accident. Reluctantly, they're on good terms and tries to kick Piper out because she's not part of the team.

Before Piper knew Schwoz's true identity as a member of Captain Man's support, Schwoz has been in various disguises until their secret got exposed. Both Schwoz & Piper get along great.

She and Jana Tetrazzini are rivals. It was unknown why they are rivals, but Piper always admitted her jealousy towards Jana, and is furious about it. As in Scream Machine, Jana made a volcano better than Piper and further insults Piper's small volcano, and then her father Jake. Then Piper pressed the switch that erupts Jana's volcano and she gets splattered. However, in the episode Up The Stairs! Jana calls Piper to let her know that Junk N' Stuff is on TV, so the two do get along sometimes. 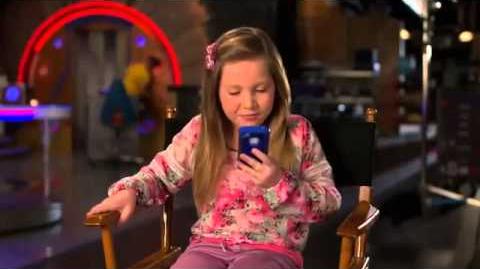 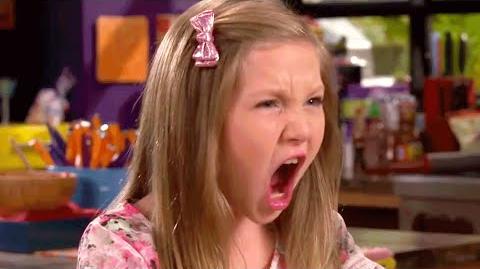