Saturday Night Lies is the sixteenth episode of the fourth season of Henry Danger. It premiered on May 19, 2018 to an audience of 1.05 million viewers.

Ray walks into Junk-N-Stuff and shows Henry, Charlotte, and Jasper an invention that Schwoz made, which was a hybrid between a pen, a nose hair trimmer, and a poison dart shooter. He then sees his ex-girlfriend, Lacey, at the window. She walks in, sees Ray, and is happy to see him. She introduces Ray to her husband, Roger Reynolds. Roger was a spy working for the British Secret Service. Ray begins to act jealous of Roger, and is about to reveal his secret identity as Captain Man before Henry, Charlotte, and Jasper stop him. They tell Lacey that Ray had saved them from their life on the streets by adopting them. Ray brags that he lives in a big house, and Lacey and Roger tell him that they would love to visit his house.

Henry and Charlotte go down to the Man Cave. Schwoz shows them his new invention, which is a teleportation device. He demonstrates by teleporting the couch in the Man Cave to Junk-N-Stuff, which falls on Jasper. Ray is considering buying a house to show Lacey and Roger, but they decide to do it at Henry's house. Henry says that his parents and Piper were on the train home. Ray tells Schwoz to hack into the subway system and make sure they wouldn't be back for five more hours. He then sends Charlotte, Henry, and Schwoz to set up the house.

Schwoz dresses as a maid and prepares dinner. Roger and Lacey show up, and Henry and Charlotte pretend to be Ray's children. Jasper was still stuck under the couch in Junk-N-Stuff. During dinner, Ray remains jealous of Roger's spy stories, so he takes the teleportation machine in the living room and with Schwoz's help, they teleport the dining room table into the living room. Roger and Lacey are shocked by the invention, and Roger takes out a weapon and points it at them. He tells them that he would take the teleportation device, teleport him and Lacey to British parliament and take credit for the invention of the device. Ray warns them that if they teleported two people at the same time, it would create problems, but Lacey doesn't believe him. Roger and Lacey try to teleport themselves to Britain, but it doesn't work and they reappear in the house, conjoined into a strange blob. Ray and Henry leave the blob in front of a temple and run away. 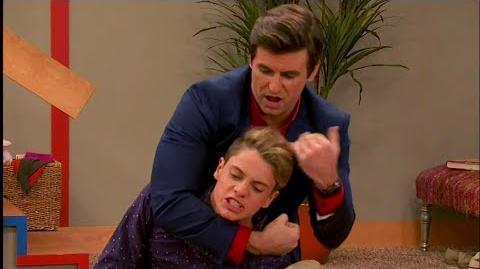 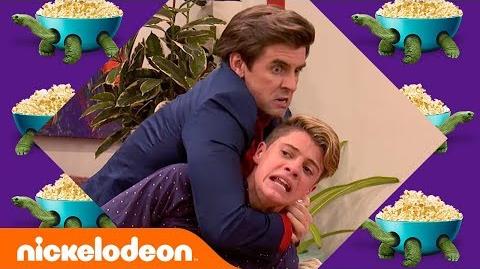