Secret Beef is the seventh episode of the second season of Henry Danger. It premiered on November 14, 2015 to an audience of 1.35 million viewers.

Picking up after the events of The Time Jerker, Henry and Captain Man are interviewed on capturing the Time Jerker. Though it was Henry that knocked him out, Captain Man pushes him to the background and takes all the credit. He says that there was a steak house called Montego's, where you could only dine if you were invited by the owner. Captain Man asks the owner on the news for an invitation to the restaurant. Two weeks later, Ray still hasn't been contacted by the owner. He wanted to go there a lot. Then, he gets an emergency call from someone. Ray picks up and upon discovering it wasn't the owner, he hangs up. Henry picks up and the person says that someone had broken into the elderly home and stole all their money and clothes. When Henry realizes they're all elderly and naked, he hangs up, too.

Ms. Shapen comes and says that in return for pulling a nail out of her foot three weeks ago, she was honoring Henry with the Student of the Month award. She also gives him a prize: a necklace with the bloody nail, and a gift card for dinner for two at Montego's, which Ray wanted to go to. Henry already decides that he has to bring Ray. When he gets home however, his family and a bunch of people are waiting for him. They had a lot of presents for him, because they wanted to go with him to Montego's. They begin to argue, but Ray arrives, having run there after discovering this. Henry tells everyone that he would be going to Montego's with Ray. At school, Bianca celebrates six months since they started sharing the locker by giving him a small replica locker. Henry feels bad because he didn't give her anything. Bianca says he didn't have to, because she supposed Henry would be taking her to Montego's. Henry doesn't want to look bad, so he says that he would be bringing her. He goes into the Man Cave and Ray is extremely excited for Montego's. He says that he had been going through a rough patch and had been depressed, but due to Henry inviting him, he was happy. Henry tells him that he had to take Bianca. At first, Ray thinks he's joking, but soon he finds out he's telling the truth. Ray becomes furious, but tells Henry that he was fine and leaves.

At Henry's house, Henry is about to go to Montego's with Bianca when he finds Jasper, Charlotte, Jake, and Kris there, dressed up, because they planned on going with Henry in case Bianca couldn't make it. Henry goes on his porch and sees a bunch of neighbors wanting the same. Ray and Schwoz show up at Montego's dressed as Henry and Bianca. They try and get in, but the real Henry and Bianca arrive. Henry quickly identifies them and explains to Bianca that Ray wanted to go to Montego's for years. Bianca begins to feel bad, because she says that she didn't even like steak. She had planned on ordering the chicken and she gives Ray her spot, as she didn't care about going there as much as Ray. Henry and Ray go with each other and at one point, Ray spots Ert and Bernie, two criminals that had robbed a jewelry store two weeks earlier. Henry and Ray transform into Kid Danger and Captain Man and they fight Ert and Bernie. After they are arrested, Henry and Captain Man sit down to eat their steak. However, their names weren't on the list; Henry and Ray's were. They go to the Man Cave and Captain Man spots a piece of steak on Kid Danger's costume. They split the small piece and then go to Back Out Steak House. 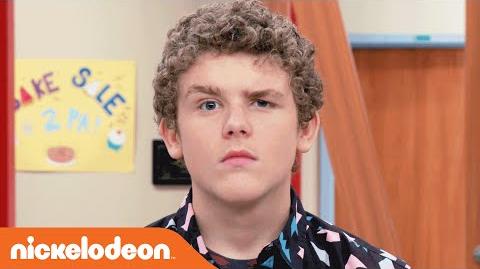 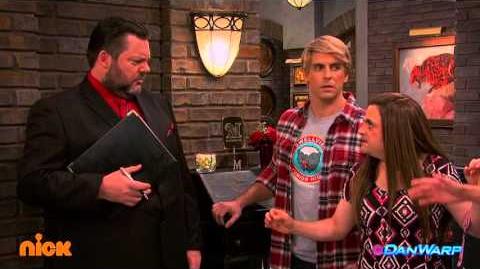