View source
watch 03:36
Wiki Targeted (Entertainment)
Do you like this video?
Play Sound

Secret Room is the thirteenth episode of the fifth season of Henry Danger. It premiered on March 2, 2019 to an audience of 1.04 million viewers.

Charlotte, Jasper, and Schwoz are hanging out in the Man Cave with Schwoz's family. Captain Man and Kid Danger arrive after fighting Arson Boy and see the chaos happening there. The two are extremely annoyed by the antics occurring there, and Captain Man takes Kid Danger back to a secret room which Captain Man called the Mannex. He shows there are comfortable chairs in there along with chicken wings, and that it was a place he went to to escape whenever he was getting bugged by other people. Kid Danger loves the place. Charlotte, Schwoz, and Jasper arrive at the secret room, but Captain Man throws them out, saying this was a secret room for crime fighters only.

Henry and Jake bring down a karaoke machine in the house. Two police officers arrive at the door with Piper. Henry leaves the house with the machine before he can get involved and the cops explain that Piper had run over one of them with her car. They also mention that it was their turn to make soup for the rest of the police the next day, and Piper bribes them by saying if they don't arrest her, she'll make soup for them. Henry brings the karaoke machine into the secret room, only to find that Ray already had a karaoke machine. They hear music nearby and go to the source of the noise. They find that Charlotte, Jasper, and Schwoz had made their own secret room for "non-crime-fighters only". This enrages Ray, especially when Henry and Ray see that they had a fiesta-sized churro in their room. Henry makes a deal with them, saying everyone could keep their own secret rooms, but Henry and Ray would take the churro. Everyone agrees except Schwoz, who destroys the churro in protest. Furious, Ray says he's gonna blow up the Man Cave. He exits, and everyone follows him.

Ray brings out the Man Cave's self-destruct button and hovers his hand over it, threatening to press it if they didn't get him a fiesta-sized churro. Schwoz refuses and says he'd push the button before giving him a churro. Everyone starts arguing, and in the commotion, Ray pushes it by accident. The Man Cave begins a self-destruct timer for two minutes, and everyone rushes into the elevator. They go upstairs to Junk-N-Stuff. Schwoz's family leaves, and all of Swellview starts shaking violently. Meanwhile, Piper has made the soup for the cops, and she has to try to avoid spilling it as the ground shakes. Ray, Henry, Schwoz, Charlotte, and Jasper go downstairs and see the Man Cave completely destroyed. However, they mention that Schwoz had built 10 Man Caves, and this was the fifth one that had blown up. The others had been blown up due to either Ray's reckless behavior or an invasion of mole people. They had five more spare Man Caves that were at their disposal, so they go down to the sixth Man Cave, which looks just like the old one. However, a mole person arrives at the new Man Cave and hits the self-destruct button. They go back to the elevator, knowing this Man Cave was gonna explode too. Piper gives the soup to the officers, but as Swellview starts shaking again, the officers spill all of the soup. 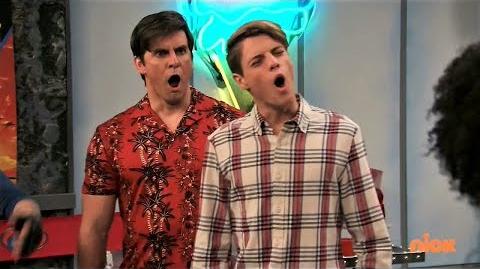 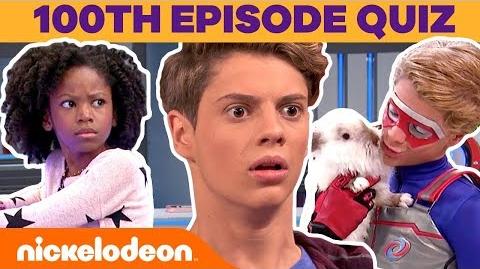 Get a 💯 on this Henry Danger 100th Episode Quiz! KnowYourNick 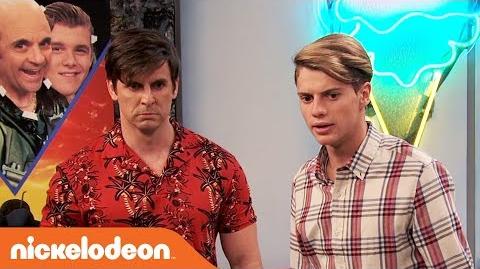 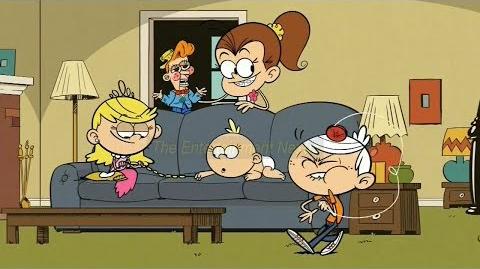 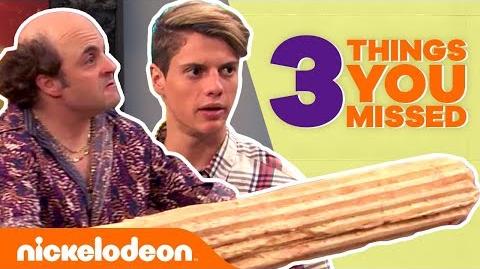 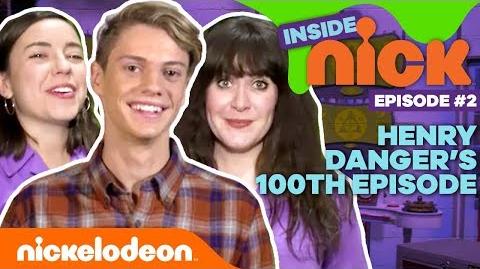