Space Invaders, Part 1 is the tenth episode of the third season of Henry Danger. It premiered on March 11, 2017 to an audience of 2.56 million viewers.

Two astronauts, Jim and Neil, are in outer space in a space station. Meanwhile, in Henry's house, Piper had just starred in a Fred Lobster commercial and everyone was waiting for the commercial to show up on TV. Jim and Neil go into their glass space ports to go to sleep. Then, an intruder arrives and locks Jim and Neil into their ports. Piper's Fred Lobster commercial shows up on TV and right in the middle of Piper's line, an emergency news report shows up and alerts them that two astronauts were trapped in outer space by an intruder. Piper gets furious that her commercial was interrupted by the news report. Henry gets beeped and goes out to the porch. He opens up his watch and Ray tells Henry that they would be solving this situation in outer space.

Ray is angrily trying to get Schwoz off of the roof of the Man Cave by shooting at him with a weapon. However, Schwoz refuses to get down. Henry arrives at the Man Cave and sees Schwoz on the roof. Ray explains that Schwoz had a rocket called the Love Shuttle, and he was planning on using it for his honeymoon if he ever got married. He had the launch key, but wouldn't give it to Ray. Ray continuously shoots at Schwoz, but keeps missing. Charlotte takes the weapon and shoots him with it and he falls onto the floor. Ray tells Schwoz that no woman would ever want him and even the android that he himself created transformed herself into a bird and flew away. Ray convinces Schwoz to simply lend him the key and then they'd bring it back after saving the astronauts. He then starts to cough and he hacks up the key into Ray's hand, having swallowed it to protect it. Henry and Ray get onto the Love Shuttle and Schwoz programs it to automatically lead them directly to the space station where Jim and Neil were being held captive. Henry and Ray transform into Kid Danger and Captain Man and the Love Shuttle flies to space.

In Henry's house, Piper is waiting for the commercial to come back on TV, as they would be airing it periodically in the day. She does not allow anyone to leave the room until her commercial comes on and everyone sees it. Jake points out that they had the DVR recording and if it came on when she went to the bathroom, she could just come back and watch it on the DVR. However, Piper wants to see it live. An alert shows up on the TV asking if they wanted to record America's Got Salad. Jake tries to record it, but changes the channel by mistake. Piper grabs the remote from him and changes it back, but right when she does, the commercial she was in ends. Piper gets furious again. Meanwhile, Henry and Captain Man are still traveling to the space station. When they arrive, they walk into the station and are immediately attacked. They look for who did it and they see a young girl pointing a dangerous weapon at them. 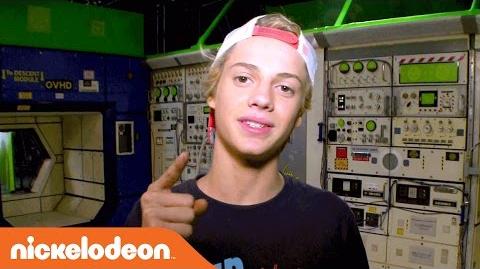 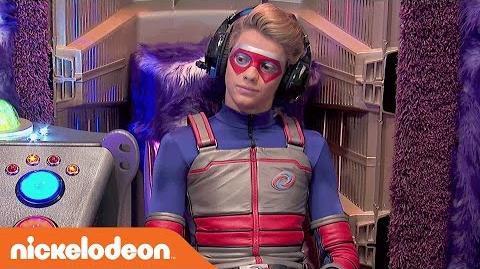