Spelling Bee Hard is the eighteenth episode of the fourth season of Henry Danger. It premiered on September 29, 2018 to an audience of 0.92 million viewers.

Henry and Jasper go to the spelling bee with bags full of food. So, if they wanted Captain Man to say the letter, G, one of them would pull out a grapefruit, and if they wanted him to say E, one of them would pull out an egg. This works for a while, until the only ones left in the competition are Charlotte, Dr. Minyak, and Captain Man. They take a break, and Piper and Jasper start fighting, since Piper wanted to eat the food in his bag. They get escorted out by security as a result. Henry comes back from the bathroom to find a man had eaten a lot of the food in his bag.

Henry calls Schwoz and tells him that they can no longer tell Captain Man the answers. Schwoz gets an idea. He tells Henry that after Dr. Minyak spells his next word, Henry had to challenge the spelling. Dr. Minyak's next word is "zeitgeist", which he spells correctly. Henry stands and says that Dr. Minyak was wrong. Meanwhile, Schwoz searches all uses of "zeitgeist" on the internet and change the spellings to "zeitgeistq". The spelling bee employees look up the spelling of the word, and find that it was in fact spelled "zeitgeistq", and Dr. Minyak gets eliminated. Captain Man goes up and has to spell "pectoral". Henry and Jasper can't help him, and Captain Man has to spell the word by himself. He is able to get to the final letter, and Henry pulls out a lemon from his bag. Captain Man is about to get the spelling right, but remembers that Charlotte has won for the last three years. He decides to help her, and spells the wrong letter on purpose. Charlotte goes up and spells "pectoral" correctly. She wins the spelling bee for the fourth year in a row, and since Captain Man and Dr. Minyak both lost, they both have to tricycle to California. 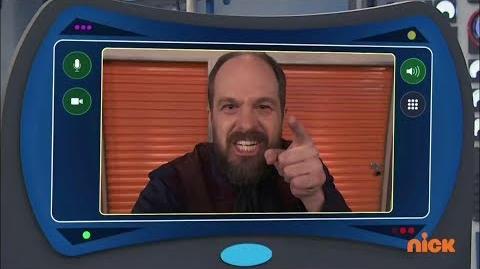 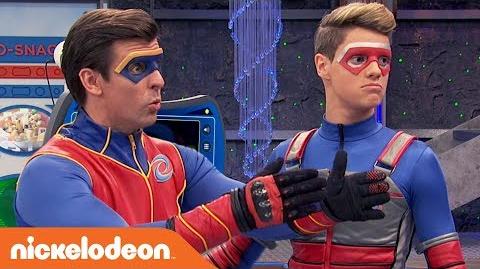 Does Captain Man Know How to Spell? 🔤 Henry Danger Nick
Community content is available under CC-BY-SA unless otherwise noted.
Advertisement