Swellview's Got Talent is the twentieth episode and season finale of the third season of Henry Danger. It premiered on October 7, 2017 to an audience of 1.65 million viewers.

Kid Danger and Captain Man have been hired to be judges on an episode of Swellview's Got Talent. Jake is watching from home, because Piper, and her dance partner Carl Marcus, would be performing on the show that night. Carlos from Sushi Dushi shows up and delivers sushi. The host, Danny Chest, brings out the frontrunner, Steven Sharp, who was a knife thrower. Then, he brings out a guy named Harry Hoagie. He tells the judges that he would eat an entire hoagie in sixty seconds. However, once he begins, he starts to shake violently and falls unconscious. The stagehands drag him off the stage. Carl and Piper get on the stage and begin their dance act. However, they soon also start shaking and they fall unconscious, leaving Danny Chest, Captain Man and Kid Danger confused.

Charlotte, Ray, Henry, and Schwoz are trying to find out what happened to Harry, Carl, and Piper. Schwoz says they might have gotten sick, but Henry says Piper was fine before and after the show. Ray gets an idea to find out what happened to the contestants, as the performers who fell unconscious the previous night would have the chance to perform in front of the judges again the following day. Ray tells Charlotte to get male dancer clothes, and tells Schwoz to get a blonde wig and female dancer clothes. Kid Danger and Captain Man go backstage before the show begins. Steven goes up to them and says that he gives his ferret, Fawcett, to contestants to give them good luck. They ignore him and go up to Carl and Piper. Kid Danger and Captain Man spray their eyes with a spray and they fall unconscious. They move Piper and Carl out of sight and replace them with Charlotte and Schwoz, disguised as Carl and Piper. Charlotte tells them she would not dance in front of an audience. Kid Danger and Captain Man begin to walk toward the stage, but are stopped by Jasper, disguised with a beard as the production manager. He says he wants to help them solve this crime. They go up to the stage, but Jasper accidentally bumps into Harry's sandwich, knocking it onto the floor. So, they decide to have Carl and Piper go first. Charlotte and Schwoz go up, but Steven complains that they have not pet the ferret yet. The producers tell him there is no time, which visibly angers Steven, and gets Jasper suspicious.

Charlotte and Schwoz are forced to dance onstage, which Charlotte is extremely unhappy about. Steven tells Harry to pet his ferret, but Harry refuses, saying that it didn't give him any luck the previous night, but Steven forces Harry to touch it. Jasper sees this and finds out that the ferret was a Norwegian ferret, which secreted juices that caused unconsciousness. Jasper confronts Steven, who then knocks him unconscious and rubs his face with the ferret. The producers see this, and believe he is attacking Jasper. They disqualify him. However, Steven fends off the producers and runs to the stage. Meanwhile, Charlotte and Schwoz have been dancing, to the amusement of Captain Man and Kid Danger. He runs up and stops the show, saying that he entered the show to win back his girlfriend, because once Kid Danger became Captain Man's sidekick, Steven's girlfriend lost interest in him and became interested in Kid Danger. Steven tries to throw a knife at Kid Danger, but he dodges it, and it hits a guy in the audience. He throws another, which ends up hitting the same guy. He then attempts to murder Danny Chest but Schwoz tackles him to the floor as security proceeds to arrest Steven. Meanwhile Piper regains consciousness, sees Schwoz on the stage, and is confused as to what happened. 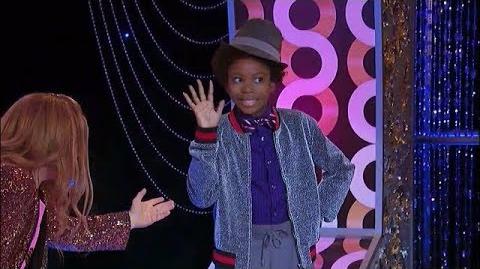 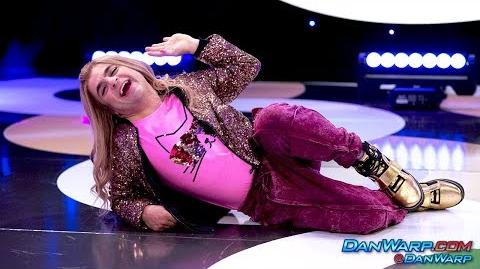