The Whole Bilsky Family is the twelfth episode of the fifth season of Henry Danger. It premiered on February 23, 2019 to an audience of 1.11 million viewers.

Ray is watching a news report in the Man Cave about stolen Venetian ham rigged with explosive blue dye as Henry, Charlotte, Jasper, and Schwoz are blending food. Ray, annoyed that they're drowning out the jokes on the news, asks why they're blending and they explain they're doing a liquid cleanse, where if they eat only liquid foods for three days, they'll get night vision. Henry gets a call from Jake, and he says Piper's boyfriend was coming over for dinner with his family. Kris had gotten out of it already, but Jake says Henry needs to come. He goes to the house, where he finds Piper is cooking fish lasagna. Jake and Henry know that her cooking is awful, and Jake reveals he had hidden food in objects around the house so they wouldn't go hungry, showing that there was cheese inside of a book and bread inside of Fresno girl dolls. Piper's boyfriend, Billy Bilsky, arrives with his mom. Henry realizes that Piper was dating Mitch Bilsky's brother. Mitch arrives just then and insults Henry.

Britney Bilsky, the matron of the family, says her daughter, Bisch, and her husband shared a father-daughter prison cell. Then, Mitch's brother arrives, having knocked over Henry's mailbox. Jeff arrives, revealing that he is a Bilsky. He shows everyone that he had brought Venetian ham with him, which Henry quickly realizes was stolen from earlier in the day. Billy disapproves of his family's behavior, and everyone goes to eat Piper's fish lasagna with whipped cream. Henry goes on his porch, opens his watch, and tells Ray that Jeff stole the ham. Ray is about to go over there as Captain Man, but Henry says not to disrupt the dinner. As everyone eats, Jeff tells a story about how he once outsmarted Sherlock Holmes. Billy tells him the story isn't true, and Ray arrives. He says he brought them a potted plant. Henry drags Ray to the kitchen and they argue, with Ray saying he didn't want Jeff to bring the Venetian ham to Mexico. Suddenly, the cops arrive and surround the house.

Jeff denies stealing the ham. He tells Billy that he was happy for him because he had a great girlfriend and even though the Bilskys were liars and criminals, Billy was the best one and he was proud of him. This makes Ray cry and they begin to feel like Jeff might have bought the ham for real. Mitch steals Ray's gumballs and they start fighting for it, as everyone starts to eat the ham so they could get rid of the evidence. They are able to finish all the ham. The police enter the house, and everyone finds out the police weren't there for Jeff's ham; they were there because Piper had gotten stolen Fresno girl dolls, which Jake had loaded with bread earlier that day. Piper is arrested instead, and Jeff eats his last piece of ham, which explodes blue dye on Henry, Ray, Jake, and Billy. He reveals that he had stolen the ham. Henry and Ray arrive at the Man Cave, which is completely dark. Charlotte, Schwoz, and Jasper tell Ray that they could see perfectly fine, as they now had night vision. 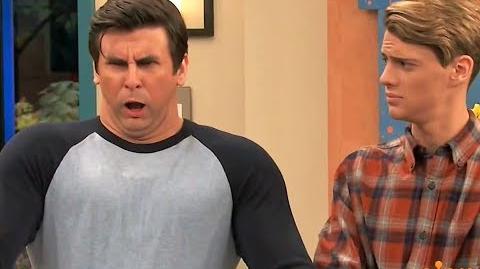 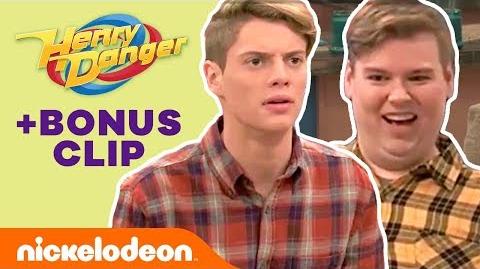