Thumb War is the third and fourth episode of the fifth season of Henry Danger. It premiered on November 17, 2018 to an audience of 1.13 million viewers.

Jasper takes a selfie in the Man Cave wearing a Thumb Buddies shirt. Captain Man and Kid Danger arrive in the Man Cave and tell Charlotte and Jasper about how they had just fought a bear that went loose at the baseball game. They look on the news and all they can find is a story about Jeff, who used an expired coupon at Nacho Ball and was subsequently tackled by the Thumb Buddies. Everyone begins to admire the Thumb Buddies and get their autographs at Nacho Ball. Meanwhile, Captain Man and Kid Danger's heroic actions at the baseball game go unnoticed. This infuriates them and they go to Nacho Ball to tell the Thumb Buddies off, but they then notice Jasper's shirt. Captain Man, furious, gets his stun gun and starts shooting at Jasper.

Nothing happens for a week. Then, the rocket with the Thumb Buddies crash-lands into a farm. The Thumb Buddies exit. Mark's skin is purple and his right leg is huge. Joey has an entire beard. They had gone through a radiation storm while they were trapped in space and were planning on getting revenge on Captain Man and Kid Danger for not saving them. Mark's right arm can also electrify people now. Henry's family is recreating an old family photo of them when Ray triple-beeps him. Ray tells him there was a burglary happening at a fuel factory. The two go there and find the Thumb Buddies stealing rocket fuel.

The Thumb Buddies explain what happened to them and say that given that Captain Man and Kid Danger had gone into space a year ago to save astronauts, they could have saved the Thumb Buddies but they didn't. Mark electrocutes them both, knocking them out. Charlotte gets a video call from Piper asking if she had seen Henry because they hadn't taken the picture yet. Jasper arrives in Junk-N-Stuff with a wheel of ribs. Piper leaves to drive the car to Jana Tetrazini's party, and Jake and Kris run after her. Charlotte calls Kid Danger, who wakes up with Captain Man trapped in a rocket.

Captain Man wakes up, seeing they're trapped in a rocket. The Thumb Buddies are eating barbecue. Kid Danger apologizes to them for not saving them when they were trapped in space. Mark feels bad and is about to release them when Captain Man tells him he's not sorry. Angry again, Mark starts to send the rocket into space. However, the rocket malfunctions and falls over on its side. The exhaust flames burn the Thumb Buddies. Captain Man and Kid Danger break out and steal their barbecue. Henry comes home to find that Piper has already gone to the party, Jake went to get a wheel of ribs, and Kris is learning how to dance with the photographer. 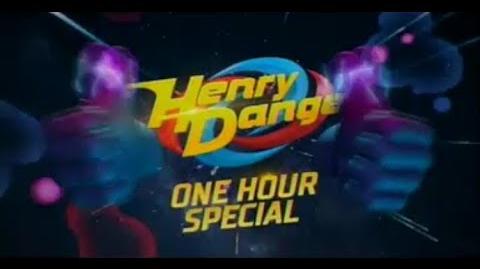 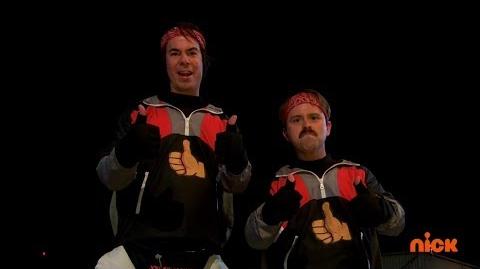 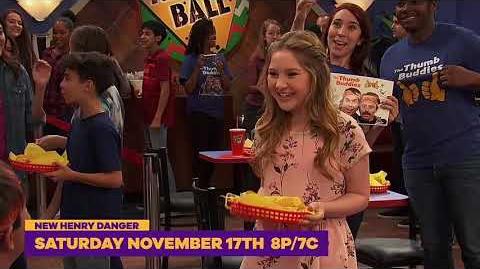 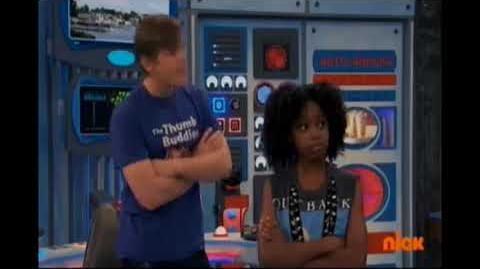 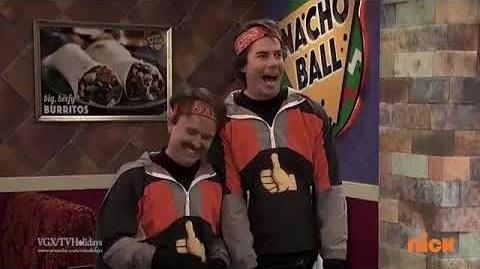 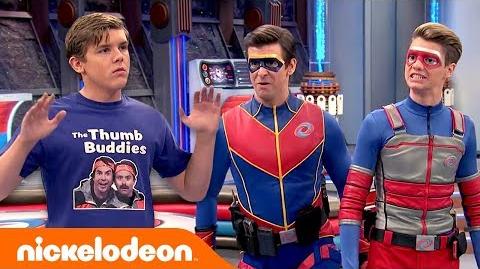