Too Much Game is the tenth episode of the first season of Henry Danger. It premiered on November 15, 2014 to an audience of 2.38 million viewers.[1]

Charlotte is trying to alert Gooch, but all the controls in the Man Cave were malfunctioning. When she finally gets him on the screen, she asks where Henry and Ray were. Gooch explains that at the Swellview Mall, someone was running around dressed as Santa Claus without any pants on. Then, Ray arrives in his tube, holding Santa's pants, but Henry can't get in, because his tube wasn't working. The snack machine then gives Charlotte a dog, which she never asked for. Then, Henry ends up falling into the Man Cave without his tube, injuring him. The Man Cave was still malfunctioning. Ray needed a repairman, but there was only one repairman in Swellview. His name was Schwoz and even though he was very skilled, he stole Ray's girlfriend. They then find out that the guy in the Santa costume jumped out of the cop car and was now running through Swellview Boulevard. Henry's tube is now working, but Ray's doesn't. Ray gets under Henry's tube, but then, Ray's tube starts working and Henry's doesn't.

At school, the basketball coach tells his team that they were all a bunch of losers and he had a new player on their team. His name was Shawn Corbit, but right when he comes in, the entire team began to think he was an adult. But then, Shawn says that he was 14. Henry, who was on the team, tells the coach that Shawn looked older than 14 by a lot. The coach then kicks Henry off the team because Shawn would play point guard and Henry played point guard, but the coach says that Henry and Shawn could play one-on-one and the winner would be on the team. Gooch makes Schwoz come to repair all of Ray's stuff, but Ray is still furious with him. Schwoz fixes all of the stuff, and then, he gives Henry some clothes that would help him make a basketball shot anytime.

At the game, Ray and Schwoz show up. Ray then sees the eighth grade Spanish teacher and starts hitting on her, making sure that Schwoz wouldn't steal her from him. He then goes to get them lemonade, but when he returns, he finds Schwoz kissing the teacher, making him extremely angry. At the game, Henry wears his clothes, but it didn't matter because Shawn blocked all of his shots. Shawn ends up winning 32-0, and after the game, Shawn reveals to Henry that he was right; Shawn was 26 years old and he worked at Master Prize Rent-A-Car. The coach had went to rent a car, but then asked if Shawn would play for Swellview's basketball team. Shawn had said no, but the coach had kidnapped Shawn's cockapoo and would only return it to him if he gave Swellview Junior High the state championship. Henry tells Ray and this makes him angry. He transforms to his Captain Man costume and goes to the coach's house. He takes the cockapoo and returns it to Shawn and also makes the coach go in the cage. Meanwhile, Ray kicks Schwoz out of the Man Cave, but then ends up letting him have a room in the Man Cave. Henry takes off his basketball clothes and tries to make a shot, but he misses and the ball lands on a machine. Ray and Henry end up calling Schwoz. 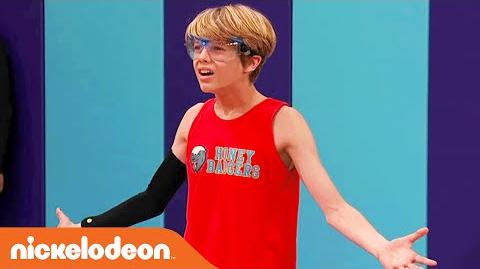 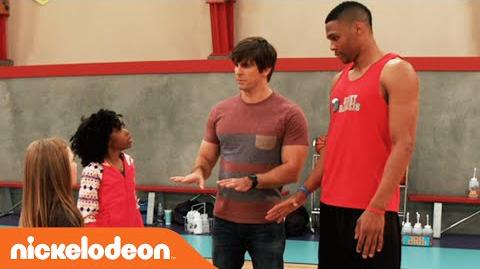