The Wall Dogs are a gang of art thieves who have terrorized Swellview by committing several crimes involving vandalism.

The Wall Dogs have been committing crimes since before Ray Manchester became indestructible. When he was a boy, the young Wall Dogs began their life of crime when they spray painted Ray's playhouse while two of the Dogs held on to him.

One notable Wall Dog, Veronika, explained the Wall Dogs do not commit crimes, they are making "art". Their leader is Van Del. 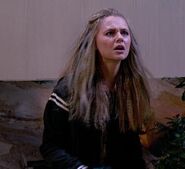 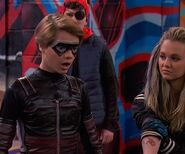