Whistlin' Susie is the second episode of the fifth season of Henry Danger. It premiered on November 10, 2018 to an audience of 1.10 million viewers.

Jasper is doing the five-second banana challenge in the Man Cave. He eats the banana in five seconds, even though Schwoz says it can't be done. As Henry and Ray come down the tubes, Ray tells Jasper that he's not allowed to do it and only he is, as he did one last week and no one commented on it. Then, it shows Henry recording a video for Ray because he is going to do a six second sauerkrat to do a eating food challenge but when Ray eats the cabbage he starts to sneeze and made a huge mess on the camera and Henry was like saying that nobody likes food challenge videos and Ray is saying that he agrees that kids should not watch videos online but should watch tv and Henry blinks on the screen to give the audience of what it is right to do. Then, Henry asks Charlotte if there are any crimes and she tells him no. Ray declares Movie Day and the gang starts to celebrate. Then, Charlotte notices a package behind a counter. She opens it and finds a metal tube. They watch a video sent by Vice Mayor Willard and find out the tube is an Atomic Bomb named Whistlin' Susie. According to Schwoz, the bomb can't go off unless activated, so it's basically a big rock. Then, while watching a movie, Henry sneezes on Charlotte who bumps into Jasper who drops his chocolate head into Schwoz's salsa which splatters into Ray's eye, causing him to spill soda on Susie. She is activated and the gang freaks out.

Charlotte tells them to take the bomb out into the Swellview Desert so if they cut the wrong wire, no one will get vaporized. Ray and Henry agree. Schwoz advises Henry to take his Bear War I Suit so he won't get hurt, either. So in the Man Van, they make their way to the desert. Henry is talking to Ray, unaware that he is sleeping. Soon after a talk about the van they are in, Henry plugs his phone into the extension Ray uses, and it shocks him. Then the car breaks down and they stop on the side of the road to take out Whistlin' Susie, only to realize that they left it at the Man Cave; and when Jasper realizes they left it, they all freak out.

Henry remembers a Pay Phone about a mile back. They go to it and call Piper to come pick them up. She drives them back to the Man Cave, where Susie still is. Jasper has accidentally cut the orange wire first, causing an explosion countdown to start. Ray and Henry come back and Henry tells Ray he has to eat the bombs. He starts to eat the bombs until the third and final ball is gone. Then, the bomb implodes inside Ray's indestructible stomach. Then, he burps fire and says he's okay. Jasper declares a group hug, but Schwoz says that would be a very bad idea. Then, Ray's stomach starts to glow. They finish Movie Day, and the rest of the gang move away from Ray. 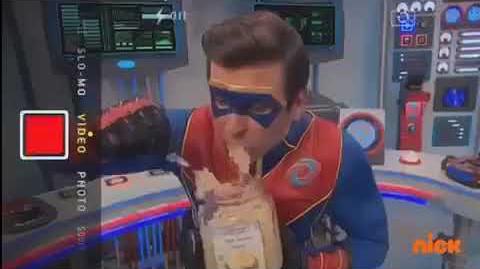 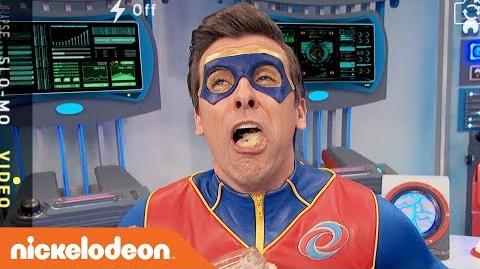